Other Fabulous Things! by Sarah DesrocheJune 8, 2018

As a proud feminist, I admire the strength and courage of the women in history before me. The women who dared to think radically, risked their lives, and ultimately changed the course of American history. Notably, half of the women on this list are African-American. I came to know many of the names on this list through I loved as a child: Book of Black Heroes: Great Women in the Struggle Volume Two. I found the book in my elementary school library about a decade ago, and fell in love with their thrilling, admirable stories immediately. Many of them didn’t use weapons or force to wage their wars: they used words, art, media, music, and non-violent organizations. The more I read it, the more I loved it, and I received my own copy on my tenth birthday. There are countless more wonderful women I could include on this list, but these are the top six that have made the largest impact on me.

Ida B. Wells. Like nearly every African-American women in the nineteenth century, Ida B. Wells was no stranger to a difficult and tragic upbringing. When she was just fourteen years of age, her parents and a brother died of yellow fever, leaving her to take care of her five other siblings on her own. Miraculously, Wells managed to raise them all and still continue her own education, eventually finding herself as a writer for a local black weekly newspaper. Using her powerful words as weapons, Wells published stories of racism and injustice brazenly. Ida B. Wells had to carry two pistols at all times to protect herself, and had to escape Memphis in 1892 to escape a lynch mob. Even after these threats, Wells continued to establish herself as a fierce and talented journalist, eventually planting herself in New York to write for the New York Age. She was also one of the founding members of the National Association for the Advancement of Colored People (NAACP), though the latter is unfortunately not usually recognized.

Sophie Scholl. In the two-week or so period I spent studying Nazi Germany  in middle school, I’d say about half a class period was spent discussing the incredible story of Sophie Scholl. IF that. In a day of age seeping with Nazi propaganda, Sophie Scholl established herself as outspoken and enduring. With her brother, Han, and a handful if other German students, Scholl became involved in a campaign known as the White Rose, which aimed to expose the innocent murder of Jews under Hitler’s reign. After famously papering her university campus with pamphlets exposing the horrors of Nazi Germany, Scholl and the other members of the White Rose were taken into brutal custody. Sophie was interrogated for seventeen hours, emerged at the Munich Palace of Justice with a broken leg, and then was denied the right to speak at her trial. Over the voices of her opposers, Sophie boldly cried, “Somebody had to make a start! What we said and wrote are what many people are thinking. They just don’t dare say it out loud!” Scholl was beheaded at the age of twenty-one for speaking out about white supremacy in Nazi Germany, but still, her memory and dedication to the White Rose is not forgotten.

Marian Anderson. Marian Anderson’s story was the first page I flipped open to in the library book, and admittedly, she was also my first crush. Like many classical performers in the twentieth century, Anderson discovered her love for music through singing in her church choir as a child. She spent her earlier days touring Europe as a concert singer and contralto, eventually earning herself reviews that stated she was “making music that probed too deep for words.” Despite her popularity in Europe, Marian Anderson was denied several opportunities in the United States due to her being African-American. She was even refused a performance at Constitution Hall in Washington D.C., which led to a protest against the decision lead by Eleanor Roosevelt. In 1978, Anderson was rightfully awarded with the prestigious John F. Kennedy Center Honor for her service to the music community. 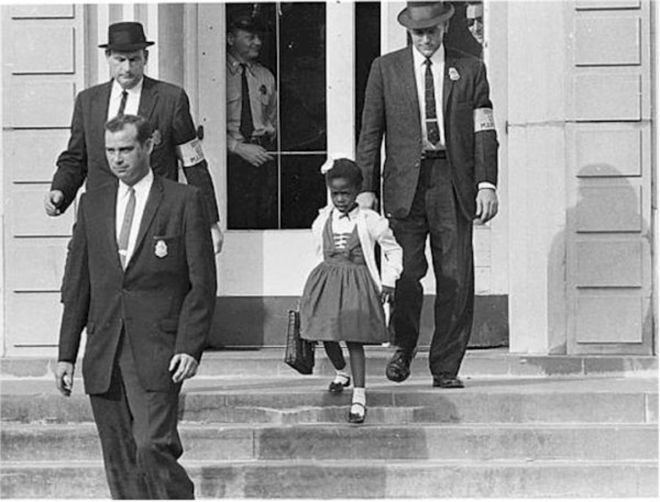 Ruby Bridges. Civil rights activist Ruby Bridges will always be most notably remembered as the first African-American child to attend an all-white elementary school in the South. At only six years-old, Bridges had to be escorted to class every day by her mother and U.S. marshals to protect her safety. Because many parents disagreed with Ruby’s presence at the school, many of the children were even pulled out to avoid interacting with her. Despite the blatant racism, death threats, and harrowing behaviours Ruby faced, she was praised by her family and teachers for exhibiting unwavering bravery and strength. After completing her education and going on to study travel and tourism, Ruby Bridges settled down in New Orleans with her husband and four sons. She formed the Ruby Bridges Foundation in 1999 after the murder of her youngest brother, Malcolm, with the hopes of promoting tolerance and respect. To this day, though she is not extensively recognized, her contributions to civil rights activism are nothing short of exceptional.

Mary Wollstonecraft. I couldn’t complete this list without mentioning talented writer and feminist icon, Mary Wollstonecraft. I admire her for so many things: her passion, her newfangled thinking, and ultimately, her trailblazing writings. She argued in her famous work A Vindication of the Rights of Women that women were deliberately trained to be incapable powerless. Though a radical thought at the time, Wollstonecraft pushed the idea of equal education and radical reform for women of all backgrounds. Her book caused considerable controversy and failed to bring about any immediate reforms, but by the 1840s, the women’s movements began to resurrect her ideas. I wished I had been able to study Wollstonecraft’s life more deeply in high school, but unfortunately, my curriculum did not put a lot of emphasis or attention on any of these women. Hopefully, this article can shine the little bit of light and love on them that they deserve.