I can’t speak for everyone, but damn, I think British fashion history is so fascinating. In fact, I’ve been binge-watching The Crown quite a bit since I’ve been back at school, and all I can really focus on is Queen Elizabeth II’s fabulous dresses and hairstyles. Before Elizabeth II, there was the Queen Mother, and a few decades before that, there was Queen Victoria. Being born and raised in New England, I was never really exposed to British history and monarchs until I got to college. There, I started studying fashion history, and became quickly fascinated with the reign of Victoria.

The “Victorian Era”, of course, refers to the cultural impacts and customs that occured during her reign as England’s queen. Gothic Revival architecture was at its height during this time, along with changes in both style and fashion technology. Economic growth during the Victorian Era meant that clothing was made quicker and cheaper, and the development of fashion magazines meant trends were exploding. If you’re interested in checking out my article about the Godey’s Lady’s Book, which was the first successful women’s magazine, you can read it here: https://wp.me/p9QumI-7R

As I was saying, fashion production was blooming at a speed England had never seen before. The introduction of fashion plates in the Victorian Era allowed men and women to have a tangible artifact of the times’ fashion. Today, we may look to a fashion magazine or blog to keep up to date on trends, but back in the ‘ole days, hand-drawn illustrations were considered extremely innovative and exciting. 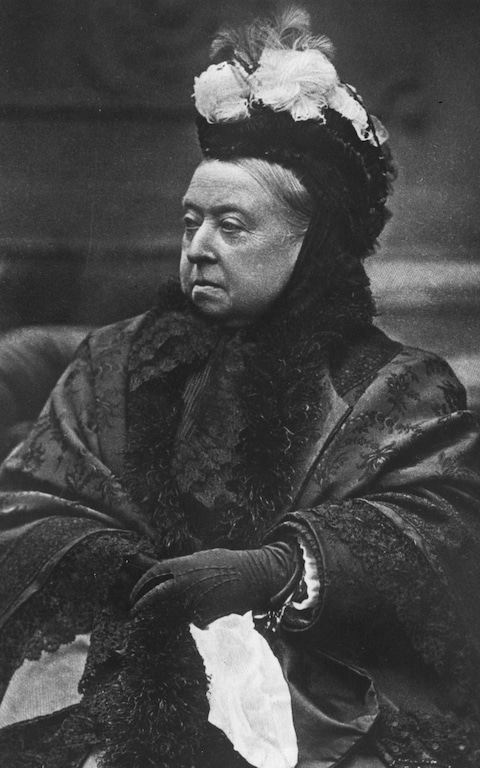 Victoria herself lived a very fascinating life. At just 4’11”, Queen Victoria stood out amongst the crowd in tight-fitting bodices and bell-shaped skirts. Her wedding dress, unsurprisingly, set a new standard and tradition for brides to come, embellished with gorgeous satin and Honiton lace. Both Victoria and her adoring husband, Albert, were quite the party people, and enjoyed several costumed parties and home theatricals. Albert’s life, however, was cut tragically short. After his sudden death in 1861, Victoria entered a deep, solemn morning state from which she never emerged. For the rest of her life, she dressed in only gloomy (yet elegant) black garments. As melancholy as it may appear, I actually consider it to be one of the most fascinating aspects of her life and fashion footprint. Take a hardcore goth, for example- the dark, Victorian influence on their garments are greatly visible.

Despite her own personal privations, Victoria’s powerful domination on the fashion industry was unwavering. Not only did her reign bring about the popularity of decorative ribbons, bows, and flounces, but it also created a catalyst for the industrial revolution. The fashion changes brought about by Victoria introduced synthetic dyes, mass-produced sewing machines, and even fixed-price department stores. Without her achievements as queen, the course of history could have swerved very, very differently.

Coming up next: Being Bisexual: My Experiences