My Vegetarian Journal by Sarah DesrocheJanuary 28, 2019

Admittedly, I am a bit of a hermit in the wintertime. And that’s actually one of the top reasons that winter is my favorite season- it’s the perfect excuse for me to stay inside and cook some of my favorite comfort food dishes! Lately I’ve been on a bit of an Italian food kick, so a lot of my favorites this season is are pasta and cheesy dishes that cook quickly in the oven. I hope you enjoy these recipes as much as I do! All of the recipe links will be included at the bottom of the page.

First and foremost, my absolute FAVORITE new recipe is this vegan stuffed shell dish by Nora Cooks. In my personal experience, a lot of vegan dishes struggle to replicate cheese, but this one actually does a really fantastic job. That’s mostly attributed to the use of nutritional yeast, which has a naturally cheesy taste. Nutritional yeast is also an excellent source of B12, which is crucial for a vegan diet in order to stay healthy. On top of being nutritious and authentic, this recipe is also simply delicious and very filling. I’ve already made it twice in the course of a month, and I don’t see an end in sight. 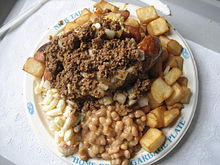 If you’re looking for a fatty, salty, carbolicious way to fill the void in your heart this winter, I highly recommend you dedicate an entire evening to making a garbage plate. What is a garbage plate, you ask? It’s a beautiful yet disturbing concoction of macaroni salad, breakfast potatoes, spicy chili meat sauce, and two hamburgers slapped on top. Oh, and then you smother it in mustard and ketchup and mix it up. I came across this recipe by watching a Jenna Marbles video, who also happened to prepare her garbage plate vegan. Making a garbage plate is extremely time-consuming, especially since most of what I prepared was made from scratch, but I enjoyed it nonetheless. And the entire plate ends up being HUGE, so you have enough leftovers to ask you the rest of the week. I think the perfect way to spend a snowy night would be to throw a garbage plate party, so call up your friends and get one started asap. 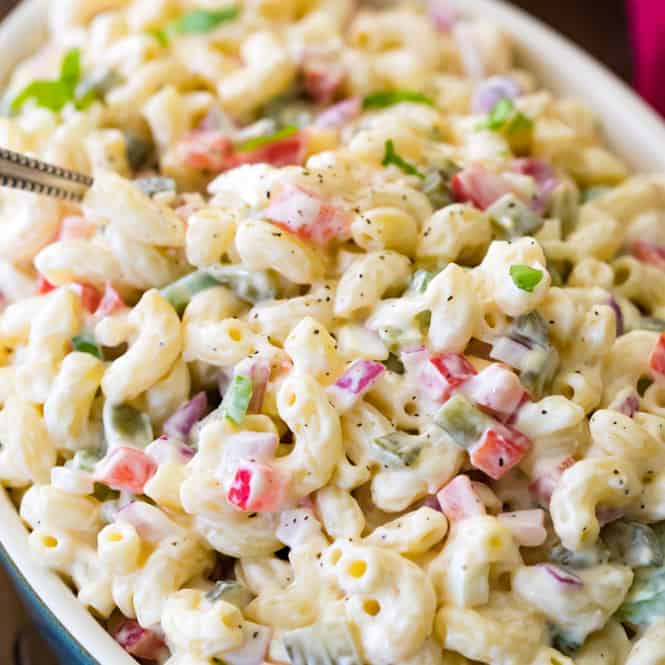 This is (kind of) connected to the garbage plate, because this recipe is a component of the garbage plate, but I wanted to include it separately nonetheless. For all my southern hemisphere babes who are living up the summer, you’ll love this vegan macaroni salad recipe. I like to think that it’s somewhat healthier than regular macaroni salad, because it uses apple cider vinegar instead of real mayo, but I swear it tastes exactly the same. In fact, I would argue it tastes better- it has a light, delicate smell that won’t stink up your kitchen or your fridge. I was never a fan of macaroni salad before, but after trying this recipe, I’m officially hooked. The recipe I’ve linked below isn’t vegan itself, but you can just opt out the eggs and use a vegan mayo instead of regular mayo if you want to prepare it vegan. This macaroni salad is really good on burgers- I highly suggest you try it yourself.

Besides those three recipes, I mostly just ate fruits, veggies, and tons of soup this winter. That being said, the season isn’t over, so let me know some other vegan recipes you’d like me to try! I’m always open to trying new recipes as the seasons change.

Garbage Plate Recipes (You should also check out Jenna’s video for a more detailed description of the preparation, and how to make vegan substitutes. Someone even posted her entire recipe in the comments): https://www.thespiffycookie.com/2013/05/16/homemade-garbage-plates/

Coming up next: Vintage Winter Moodboard