The Psychology of The Sims

*REPOST*: I accidentally deleted this!

The Sims is a very addicting game. That’s indisputable. But today, I’m interested in exploring the why of the game. Why is The Sims so addicting? Why has it aged so well? Why do we enjoy controlling tiny, pixelated computer people that can’t communicate with us or give us anything in return?

The short answer, I think, is that humans are interested in playing the role of “God” to give themselves a sense of power and control. Which, I know, may sound dark, but I think there’s a lot of truth in that. Also, when I say we like to play the role of “God”, I don’t mean so in a theological sense. I just truly think that we, as humans, enjoy being the ultimate controller of our environment. If we have the choice to make things our way, we jump at the chance, and quickly organize ourselves into a natural rhythm.

My rhythm, actually, is one of the more mundane, conventional uses of the game. I like my sims to wake up at the same time every day, use the bathroom, take a shower, and eat breakfast, in that order. Then, it’s off to work, or school, for the majority of the day, until the sims return home, go to bed, and repeat the same cycle the next day. Does it sound boring? Yes, it absolutely does. But, for some inexplicable reason, I am absolutely obsessed with it.

I think that part of the reason I want to give my sims a happy, normal life is because I want to replicate the life I’m dreaming of for myself. I love to imagine myself in a life filled with order, organization, and repetition, and my sims are a perfect embodiment of the lifestyle that makes me happy. When everything goes to plan in my sims’ neighborhood, I feel extremely at peace. 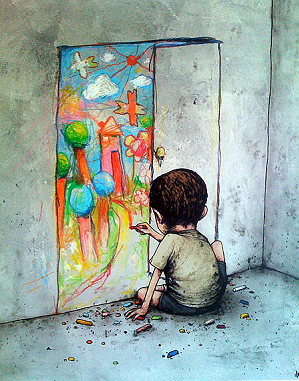 There’s something called “escapism”, which I think really sums up the obsession people have with The Sims. Essentially, escapism refers to the idea that humans need to escape from the overbearing tensions of life, especially through the form of digital media. Maybe for you and your friends, it’s logging onto Netflix watching an adventurous television show, or taking a break to scroll through your phone, but for me, it’s The Sims. The game is a digital escape from reality- a place for me to create my own universe and fully immerse myself in it. Escapism, when used in a healthy amount, helps us to recharge our emotional batteries and give us a break from the toil of everyday life. It’s completely normal, and it’s something all of us do at some point in our day.
I’m curious if my diagnosed ADHD and OCD plays a role in my obsession with the sims, but then again, I know plenty of other people without those conditions who love The Sims as much as I do. Some people love to play the game conventionally as well- with a nuclear family, a family pet, a big, beautiful house, and a steady income. Other people enjoy the game for its interesting and even slightly humorous approach to death. Sims can die by old age, drowning, and electrocution, among other things, and are subsequently visited by the Grim Reaper to take their souls. Similarly to how a ten year-old girl might enjoy destroying her barbies for fun, teenagers and young adults alike find entertainment in killing off their sims. It’s just the element of shock and inappropriateness, I think, that draws gamers to giving their sims such horrible fates. To somebody who has never played The Sims, that might sound terrifying, but again, it’s all relative to the euphoria of being “God.”

Additionally, The Sims has an element of storytelling that makes the gameplay appealing for writers, artists, and other creative minds. As someone who used to pick berries and flowers from my garden and pretend they were people living in a fantasy world, I liked the idea that you can be anything you want in The Sims. There are tons of expansion packs that introduce characters such as vampires, aliens, werewolves, and witches. The more expansion packs you purchase, the more intricate the game will become. I myself haven’t spent too much money on additional content, mostly due to the fact that they’re quite expensive, but I admire the appeal and purpose of these game enhancers.

There’s a deep reason The Sims franchise is so timeless and successful. It’s versatile, it’s creative, and it’s the perfect opportunity for both young and old gamers to explore their dream life. I am eager to see where The Sims 5 will bring us, assuming there is a 5, but I’m confident that it will continue to delight its fans with innovative, creative content. Now, I’m curious to hear your thoughts and experiences with The Sims. Do you prefer playing the game conventionally, or finding completely outrageous ways to (most likely) torture your sims? The possibilities are endless.

Coming up next: The Movie Tag