This is Literally Just a List of All My Unpopular Opinions

Other Fabulous Things! by Sarah DesrocheMay 24, 2019

I was so excited by the prospect of making this list, I literally started writing down ideas in late December. Seriously. I tried my best to avoid politics and social issues, and focus more on media and societal customs, so you’re probably not gonna find a lot of controversial drama here. That being said, I certainly have compiled some very, very unpopular opinions, so I wouldn’t be surprised if I got some angry comments!

-First and foremost, I am extremely against ever watching deleted scenes from a movie/tv show I love. I don’t really know how to explain why. I think it has something to do with the fact that I don’t like seeing things that didn’t “really happen” on a show I follow closely, if that makes sense. Thinking about watching deleted scenes actually kind of stresses me out.

-I think pasta tastes better when it’s slightly undercooked, rather than being fully cooked.

-I don’t think I could ever justify buying a large candle, or wanting one for myself. They take SO LONG to burn, and I would absolutely get sick of the same smell after six months. I really think giant candles that take years to burn make absolutely no sense.

-Watching soap cutting videos on youtube gives me stress, rather than relaxation. I mean, they’re sliding the knife around so close to their hands! I always cringe when I see someone cutting soap.

-I think musical theater is kind of boring. If someone asked me to see a Broadway musical, I would probably say no. I also think movie theaters are boring. That being said, I think this has to do with my ADHD, because I hate sitting in one place for a while and just focusing on one thing.

-I’m an animal lover all the way, and I do think all dogs are cute, but I don’t think long-haired dogs are as cute as short-haired dogs. To me, a poodle or a yorkshire terrier just looks like a grungy old man with a giant beard. That being said, if a long-haired dog came up to me, I wouldn’t spit on it or anything like that. I just wouldn’t think it’s as cute as, say, a corgi.

-I think John Krasinski looks better without his beard. Sue me. -Speaking of The Office, while I’m so happy that Michael and Holly ended up together, I felt like Holly was super annoying in seasons six and seven. Like, we’re supposed to believe that their love is so strong and magical, but for about twenty episodes, she wanted nothing to do with him and tried to downplay all Michael’s advances. It didn’t really feel like she wanted to be with him, until the ending of season seven, when she randomly changes her mind and decides she does want to be with Michael.

-Summertime is my LEAST FAVORITE season. I don’t hate many things, but I absolutely despise the summer with a burning, flaming passion. I cry every year on the first day of summer. Heat makes me super itchy and rashy, I feel super lazy and don’t want to do anything, or go anywhere, or walk, or, run, or EVEN BREATHE. SUMMER IS MISERABLE. And don’t even get me started on the beach. I would rather slam my head in a car door than go to the beach and fry in the sun all day.

-I don’t think Disney World is the most magical place on Earth. In fact, I think it’s one of the least magical places on Earth. Obviously, the intense spanking heat is a nightmare for me, but I also don’t like crowds at all. Also, too many screaming kids. And I could never justify waiting in a two hour line for about TWO MINUTES of mediocre thrills. If you want some free thrills, lean back in a chair. 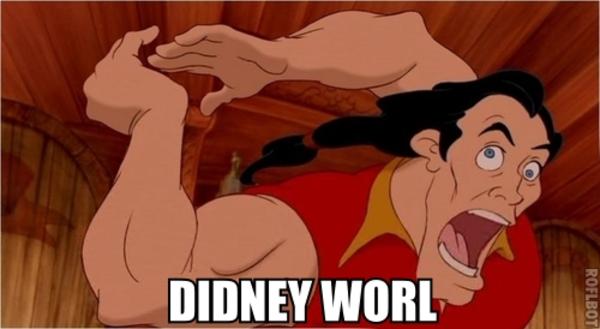 -I’m not sure how well this will translate, but it kind of drives me up a fucking wall when people above the age of sixteen are obsessed with Disney. I’m talking about the people who love Disney World, take all the Disney Buzzfeed quizzes, have Disney tattoos, have Disney quotes in their social media bios, and generally just never shut up about how much they love Disney. Like, you do you, but I just can’t wrap my head around this weird millennial Disney obsession. And Buzzfeed, you need to calm down with the Disney content before I punch my computer screen to pieces.

-I don’t understand how I’m supposed to feel about James Charles. Is he supposed to be funny? Sexy? Smart? I don’t know what he’s trying to put out, but frankly, I don’t think he’s any of those things.

-I totally agree that “Thank U, Next” is a catchy song, but I don’t understand the entire freaking monopoly it has on the music industry. We get it, you had a three-word tweet that everyone loved. Then decided to turn it into a song and a music video, and everyone literally lost their shit. I don’t know guys, I don’t get it. It’s a good song, but I don’t think it’s groundbreaking musical genius content. Maybe it’s partly because I don’t like it when artists extensively lionize themselves, and I feel like that’s what Ariana Grande was kind of doing.

-I don’t think concerts are all that fun. Concerts are loud, hot, sweaty, and, for my ADHD fatass self, BOOOORING. Maybe I would consider going to a concert if it was for a band I’m obsessed with, but I could never make a hobby out of it. They really just seem like a hassle to me.

-I think pineapple definitely does belong on pizza. Come @ me.

-I would much, much rather take a longer-routed backroad than sit in traffic. I don’t care if sitting in traffic makes the trip a smidge shorter, I don’t want to be stuck going nowhere.

-I don’t like it when pregnancy websites compile lists of names but call them “baby” names. Yeah, maybe you get your name when you’re a baby, but you’re not a baby forever. It’s still going to be your name after you’re a baby. Can we stop calling them “baby names” and start calling them “people” names? Thank you.

-I don’t like The Red Hot Chili Peppers or The Black Eyed Peas. I just don’t think their melodies, voices, or lyrics are very interesting.

-Why does missionary position get so much flack? Missionary is great. It’s fun for everyone, and if you’re the girl, you get to be lazy and not even move.

-I don’t think Liza Koshy is that funny. I also don’t think David Dobrik is that attractive. That being said, I think he would look somewhat more attractive with a mullet.

-Why does everyone hate M. Night Shyamalan’s The Village? I actually thought it was a really fascinating, beautifully executed movie. That being said, I haven’t seen any of Shyamalan’s other movies, so I don’t have anything to compare The Village to.

-What is the appeal of skiing? Why do people find skiing enjoyable? I like to minimize my time out in the grueling snow, first of all, and then you go ahead and add some obnoxious heavy rods to hang off my feet and wear me down. I just don’t see how skiing can be fun, guys.

-Alligators are so cute, and I want to give them all pats on the head.

-I don’t like to chew gum. It’s fun for the first five minutes, until you loose all the flavor and then it just feels like you’re chewing on a piece of rubber.

-I didn’t think Robert California was all that bad. Yeah, he was kinda creepy and eccentric, but the man was also a genius.

-On the flippity flip, I didn’t really get the character of Erin. I know she was supposed to be the ditzy character, but she was so downright dumb it actually started to annoy me after a couple of seasons. By season 9, I couldn’t even take her character seriously.

-Although I do not identify with any religion or spiritual group, I do think that Satanism really isn’t that bad. Of course, there are things I don’t agree with in Satanism (like the attitude of vengeance), but I really identify with the idea that you should be your own higher power. I also love that Satanism puts a heavy emphasis on equal rights, sexual freedom, feminism, and a strong relationship with nature.

-I am going to be shunned by the vintage makeup gods for saying this, and I’m really sad to report this, but here it goes…I really wasn’t wowed by the Besame makeup products. In the defense of Besame, I do think that there products are good for people with a certain makeup taste, but Besame is personally not my favorite. I found that the lipsticks do slip around a lot, because they are so creamy, and that’s just not personally something I like. I also liked the cake mascara in theory, but found it difficult to apply and very time-consuming. With that being said, there are a lot of Besame products I haven’t tried, like the eye shadow, so maybe I need to give those a whirl.

Anyway, that’s everything I’ve compiled so far. If I think of some more unpopular opinions, I’ll be sure to publish another one of these articles! What do you think? Do we share any unpopular opinions? Let me know below!

Coming up next: Taco Tuesday: Making a Vegan Dessert Taco 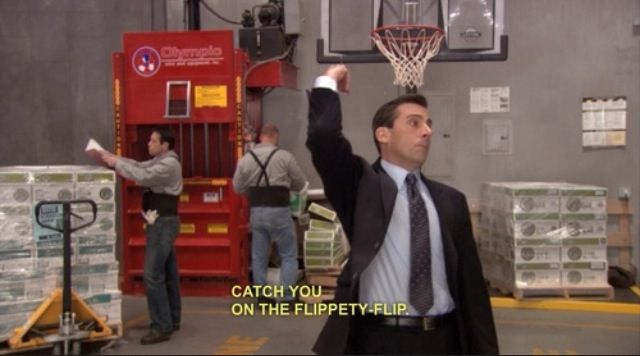 David and Liza: 5 Fast Facts You Need to Know

Robert California on The Black Eyed Peas from funny