I feel silly even having to preface this, but for the people who don’t know: MBTI is NOT science. It’s a fun little personality test that I personally love, but by no means do I think you should base your entire life and opinions of others off of the MBTI.

If you’re unfamiliar with the Myers-Briggs Type Indicator, I would definitely recommend looking into it. It’s one of the more famous personality tests, and while some will argue that the sixteen types are actually quite vague, I personally think mine was spot on.

I’m an INFJ, like everyone else coined on this list. Of course, some of these are just theories; we can’t actually go back in time and ask Plato if he was an INFJ, but researchers and psychologists have put a lot of energy into organizing these lists. These, to me, are the most interesting (and surprising) INFJs coined on the web. I mean, any time you can group Hitler and Eleanor Roosevelt together into anything is kind of wild.

Just a little background on the INFJ type- INFJ stands for “Introverted, Intuition, Feeling, Judging.” INFJs are sensitive people with extensive imaginations, but they are certainly not idle dreamers. INFJs are determined and passionate about what they love, and are willing to take all the necessary steps to turn their dreams into realities. Generally, INFJs are soft-spoken, but can become fiercely protective of what they believe in, especially when they think their morals are being tested. INFJs are also very often good at speaking in human terms, and tuning people into them emotionally. Even Adolf Hitler, a malicious, evil nutcase, knew how to sway the German public into falling for his politics, because of his passionate speaking abilities. In that sense, INFJs can be very manipulative.

It’s also noteworthy to add that many INFJs are extremely private, and can sometimes have difficulty letting others in. I don’t listen to a lot of Taylor Swift, but from what I’ve seen, she is relatively quiet about her personal beliefs and matters of that realm.

Although I admittedly don’t care much for her music, I wanted to touch on Taylor Swift because she’s such a great, widely-known example. Taylor Swift is clearly a creative, emotionally sensitive musician, and definitely has that people-pleasing quality that INFJs are known for. She’s also a perfectionist when it comes to her music, and, based off her lyrics, probably gets lost from time to time in the little details of life. I myself do this a lot- I lose sight of the big picture- so I admire Taylor Swift for speaking about her imperfections in her music.

Like I mentioned, Plato is believed to be an INFJ, and he’s actually one of the first results to come up on various sites when you google “famous INFJs”. Though I’m not familiar with a lot of Plato’s writing and philosophy, his personality reflects through his understanding and passion for “human” issues. Plato had an incredible understanding of human behavior, and his mission as a philosopher was to improve society in a gentle, sweet-voiced manner. Those who knew Plato described him as being gentle and soft-spoken, while still remaining passionate about his beliefs. Many INFJs (including Plato) are characterized as incredible writers, hence why I enjoy my personality type and identify with its traits. 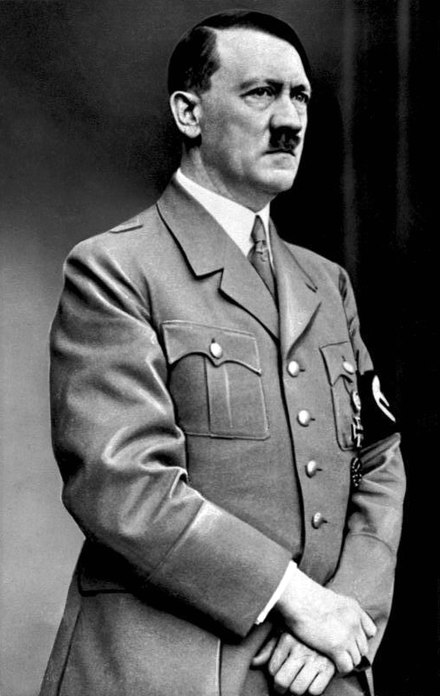 It’s initially surprising to know that Adolf Hitler was believed to be an INFJ, and honestly, I had my doubts too when I first read that. How could somebody so different from Plato, Taylor Swift, and well, me, share my personality type? Despite the fact that Hitler was a hateful, cold-hearted dictator, there are elements of him that align with the INFJ type. Like Plato and Eleanor Roosevelt, Hitler knew how to address an audience and gather their attention with his passionate speaking, even if it was in the name of evil. He was passionate in his endeavors, even if they were heartless. He was sensitive to the societal norms and desires of Germany, hence why he was able to manipulate the public so well and (initially) convince the nation to rally on his side. It’s kind of terrifying, really, how even a madman can understand human behavior and emotions so well, but lack any sort of empathy or goodness.

Eleanor Roosevelt is another believed INFJ, and I wholeheartedly agree with that sentiment. The former first lady was warm and friendly, with an interest and dedication in improving society for the better. Although she could be considered an idealist, she was still determined and willing to take the concrete steps that would turn her visions into reality. I have so much admiration for her selfless actions, like visiting hospitals and genuinely asking the patients how they were doing. Her quotes are also extremely inspiring to me, and I have a few of them jotted down in my notebook for when I need a spark of motivation. 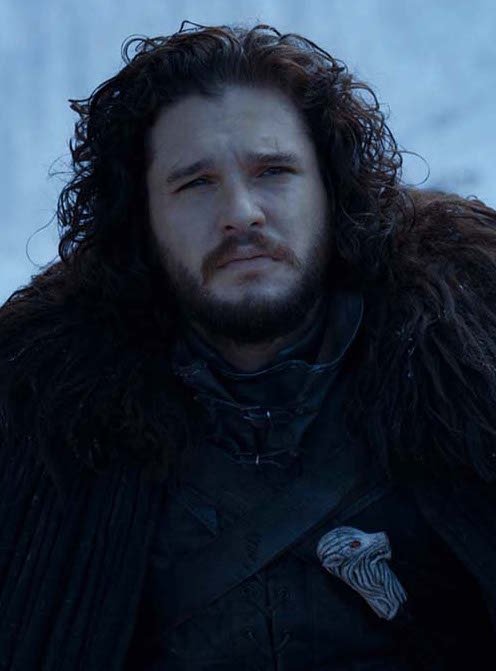 Moving onto fictional INFJs- there are dozens of them. As you may have expected, many of them are wise peacemakers, but INFJs also take the form of emotional, sensitive, hopeless romantics. Though I personally don’t watch Game of Thrones, I see Jon Snow’s name pop up a lot on MBTI forums. I think I know the basics about Snow from just hearing about the show- he is quietly forceful, original, sensitive, and likes to stick to tasks until they are completed. He also strikes me as being highly intuitive, and from what I’ve seen, is interested in helping the people around him with their emotional issues. He seems to be one of the most unproblematic, well-respected characters on the show, which would make sense, but correct me if I’m wrong. 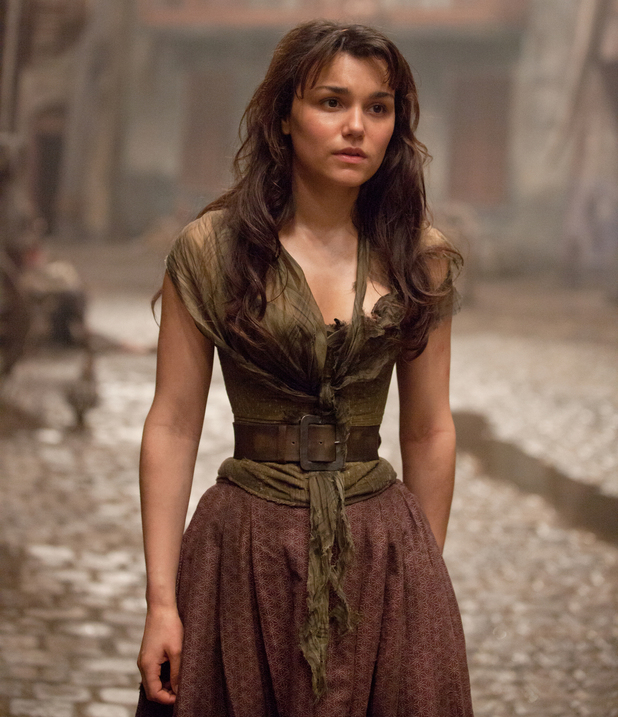 I was so happy when I discovered that Eponine is an INFJ. “On My Own” has always had an extremely strong emotional hold on me, and now I know why I relate to the lyrics so much. If you’re familiar with Les Miserables, you’ll recognize Eponine as the sensitive, romantic young woman who falls for Marius. INFJs can be extremely affected by their emotions, especially when their hearts are broken, which I can personally attest to. As an INFJ, she quickly feels betrayed by lies or misleading information, and can swiftly become self-critical of herself. Despite being highly emotional, however, I think of Eponine as a strong female character in the book and musical. She exhibits strength and humility throughout the story, and I admire her for that. 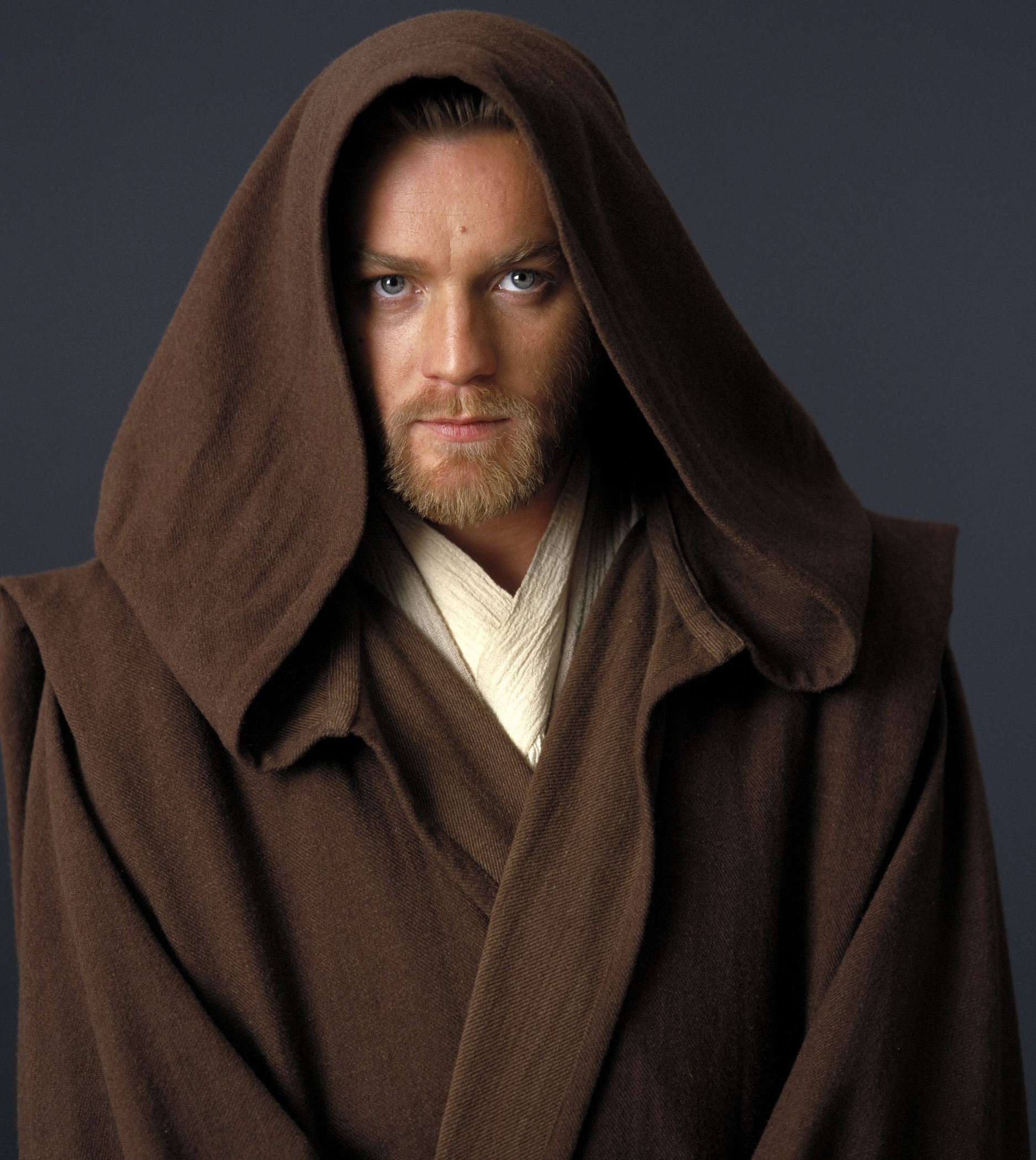 Who else was a Star Wars fanatic as a child? I was! Obi-Wan Kenobi, of course, is one of those wise old man stereotypes I was telling you about in the INFJ realm. He serves as a counselor for several of the characters, and is well-known for his gentle, caring demeanor. Like all INFJs, Obi-Wan Kenobi is a complex character with strong, often private emotions, but his pursuit is always in the greater good. He lived his life with ambitions and great purpose, and was wholeheartedly devoted to the cause that he believed in. Honestly, I would have to say that he is one of my favorite fictional INFJs that I have discovered thus far.

Last but certainly not least, I had to touch upon Nitta Sayuri, the focus of Arthur Golden’s famous novel, Memoirs of a Geisha. I read the book in high school, and to this day, I still consider it to be one of my all-time favorite novels. Even though Sayuri is fictional, I related to her emotions and felt her love and pain throughout the entire book. The writing is beautiful, and Sayuri (Golden) often uses metaphors and quotes to hint at the deeper meaning of her life. She is working through her ultimate goal with passion and desire- the goal of reuniting with “The Chairman,” Ken Iwamura. Though her sense of self is strong, Sayuri can be easily affected by the views of others, which makes her eager to please (even if it means getting into trouble). Ultimately, and perhaps unknowingly, Sayuri’s greatest mission is to understand life itself, no matter how troubling the life of a geisha may be.

If you’re interested in learning more about MBTI, there are tons of websites and forums out there. I love Personality Cafe, and Personality Club is very informative as well. If you want to take the test yourself and explore the other fifteen types, I’ll leave that link below!

Coming up next: Malachite: Balance and Abundance