Taco Tuesday: I Made the iCarly Spaghetti Tacos

My Vegetarian Journal by Sarah DesrocheAugust 6, 2019 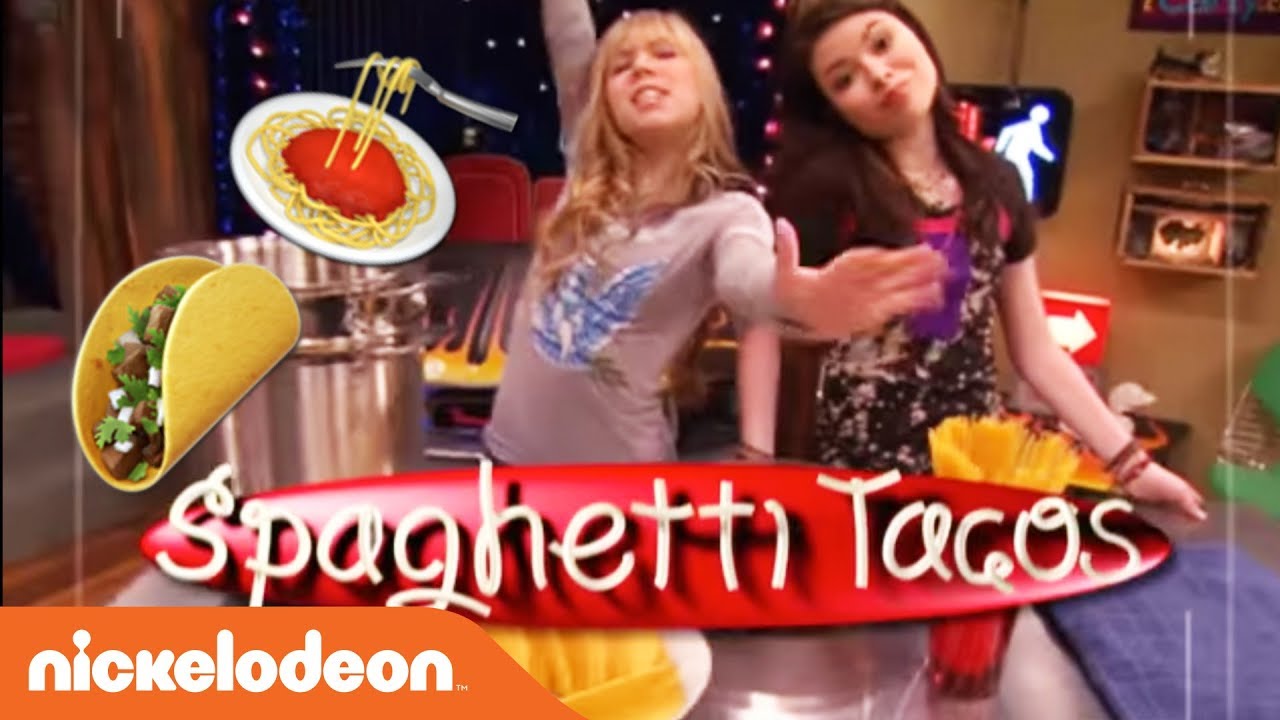 Admittedly, I have tried to make spaghetti tacos in the past with my good friend, Eli. We had pretty high hopes for the recipe, but I have to say, the spaghetti tacos tasted TERRIBLE. And to this day, I have to wonder how we could make something as simple as spaghetti tacos go wrong. How could pasta in a crispy corn tortilla taste bad? Somehow, it sucked, and we couldn’t even finish the tacos.

Looking back, it was a pretty hilarious experience, but then again, anything with Eli is a hilarious time. He’s unfortunately out of state for the summer, so I will have to carry out the spaghetti taco legacy without him. Hopefully, the spaghetti tacos will be better this time around, so let’s get into it now!

This isn’t going to be a particularly informative or exciting article, because the recipe is as basic as it sounds. Boil some spaghetti, add in your favorite sauce, and boom, stuff it into a taco shell. One thing I will say is that it probably would have been a better ideal to toast/bake the taco shells, because eating them straight out of the package definitely tastes a little blah. I found that seasoning the pasta with a lot of salt and pepper really helped to flavor it and make it more appealing than the last time I made spaghetti tacos, and it also wouldn’t be a bad idea to add seasonings like oregano, thyme, rosemary, etc. I’m also curious how the spaghetti tacos would taste with more “taco” toppings, such as cheese and some sort of spicy beef. Of course, I live an ovo-vegetarian lifestyle, so I would have to use vegan cheese and meat to amp up my spaghetti taco game.

This time around, the tacos were waaaay better than the first time. I don’t really know why- I used essentially the same ingredients and steps, but for some reason, the first spaghetti tacos tasted like I cooked them in toilet water. This time around, they tasted flavorful, delicious, and smooth with a crunchy twist. This dish is an ode to the legendary iCarly, and it’s hard to hate something as basic as a spaghetti taco. I myself am a pretty simple eater, and would be satisfied to have spaghetti tacos again on a day that I feel like “cooking.” I put “cooking” in quotations because, like I said, it doesn’t take much to whip up a batch of these goodies.

I have three more installations of Taco Tuesday planned, and next week, I will be tackling the very unique “tofu taco” from The Sims 4. I hope you guys enjoyed today’s article, and I have some really exciting articles planned for August. I can’t wait to fill you all in on what I’m doing!

Coming up next: What’s in Season in August?