I’ve been a strict vegetarian for about two and a half years, and in that time, I can honestly say I have never regretted that decision. The reason I went vegetarian in the first place was actually not because I dislike the taste of meat- it was because the suffering of animals in the food industry is upsetting to me. If you’re in a similar boat or if you’re thinking about becoming vegetarian, then this is the article for you! 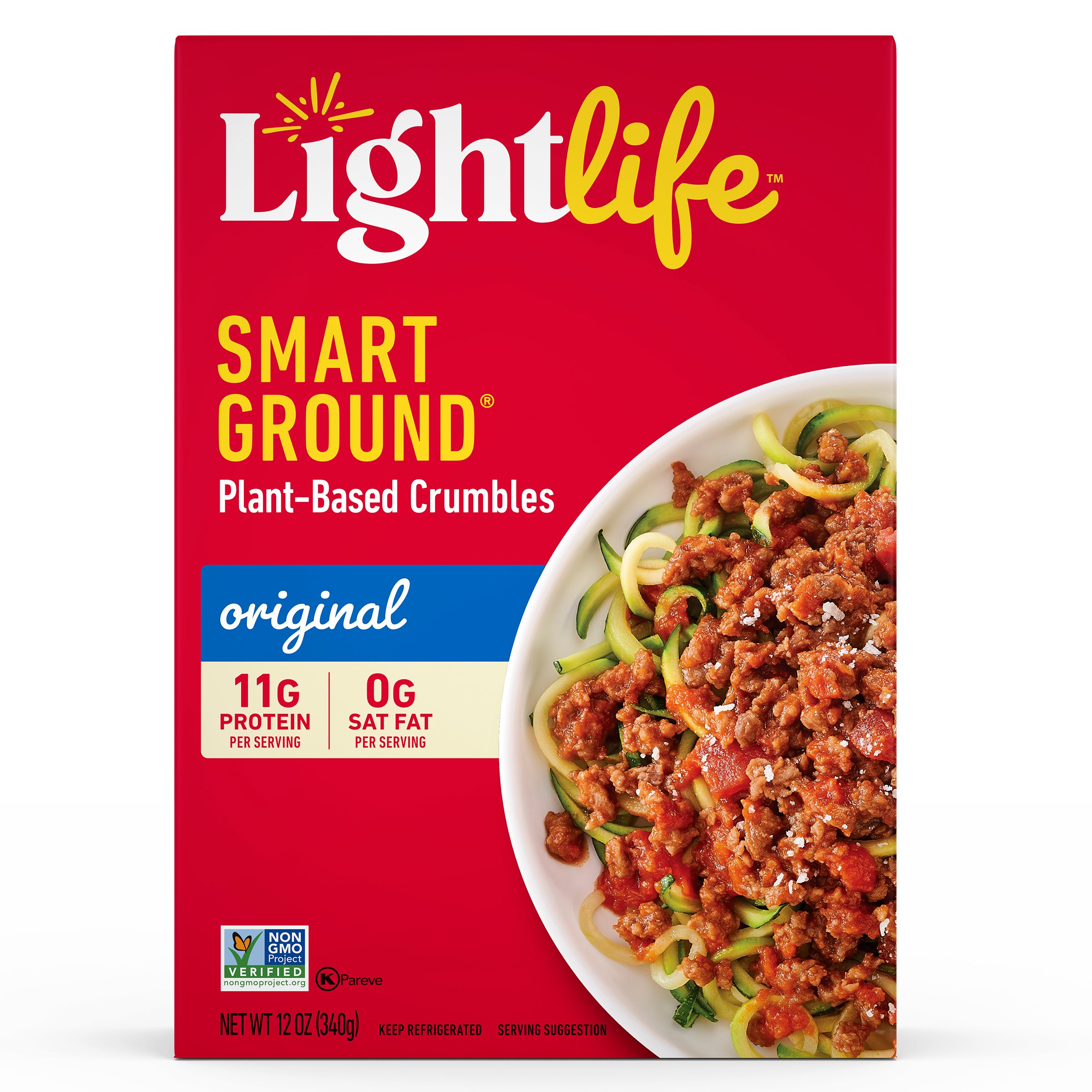 The next few items are all from Lightlife, a company I love and have been buying from for years. If you’re looking for a beef crumble as opposed to a beef patty (for cooking purposes, for example,) their ‘beef’ tastes delicious, juicy, and extremely convincing. When Eli and I made garbage plates last winter, this was the brand of ground ‘beef’ I used to make that spicy red sauce. In the beef replacement department, Lightlife also sells plant-based beef in a ground form, which you could use to mold your own burgers, such as you would with regular ground beef. Just like Beyond Meat, the Lightlife beef substitute offers 20g of protein per serving. 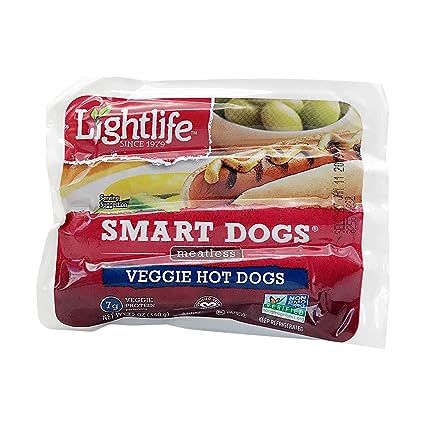 I feel like enjoying hot dogs is kind of an unpopular opinion, but nonetheless, I do. There’s something about the taste that reminds me of the summers of my childhood, so of course, I was really happy to learn that Lightlife offers a hot dog substitute as well. The taste of hot dogs is pretty easy to replicate, I think, because a normal hot dog is already so highly processed and fake. They don’t taste exactly the same, but they’re close enough, and you can grill them or boil them just like you would with any other hot dog. According to the Lightlife website, these dogs contain 8g of protein each, as opposed to only 5g of protein in a normal hot dog.

When I was in college (I feel so old saying that,) the Lightlife deli meat was really a huge staple of my food journey. Obviously, my dining hall didn’t offer any fancy meat replacements like vegan turkey or vegan bologna, but the Star Market down the street had a wide variety! I used to buy it and keep it in my mini fridge, and whenever I wanted to make a deli sandwich at the dining hall, I would just bring a few pieces with me in a ziploc bag. Now that I’m out of college, I don’t have to go through that hassle, but I still really love buying the Lightlife deli meat and making sandwiches with it. It’s surprisingly realistic tasting, particularly the sliced ‘turkey.’ 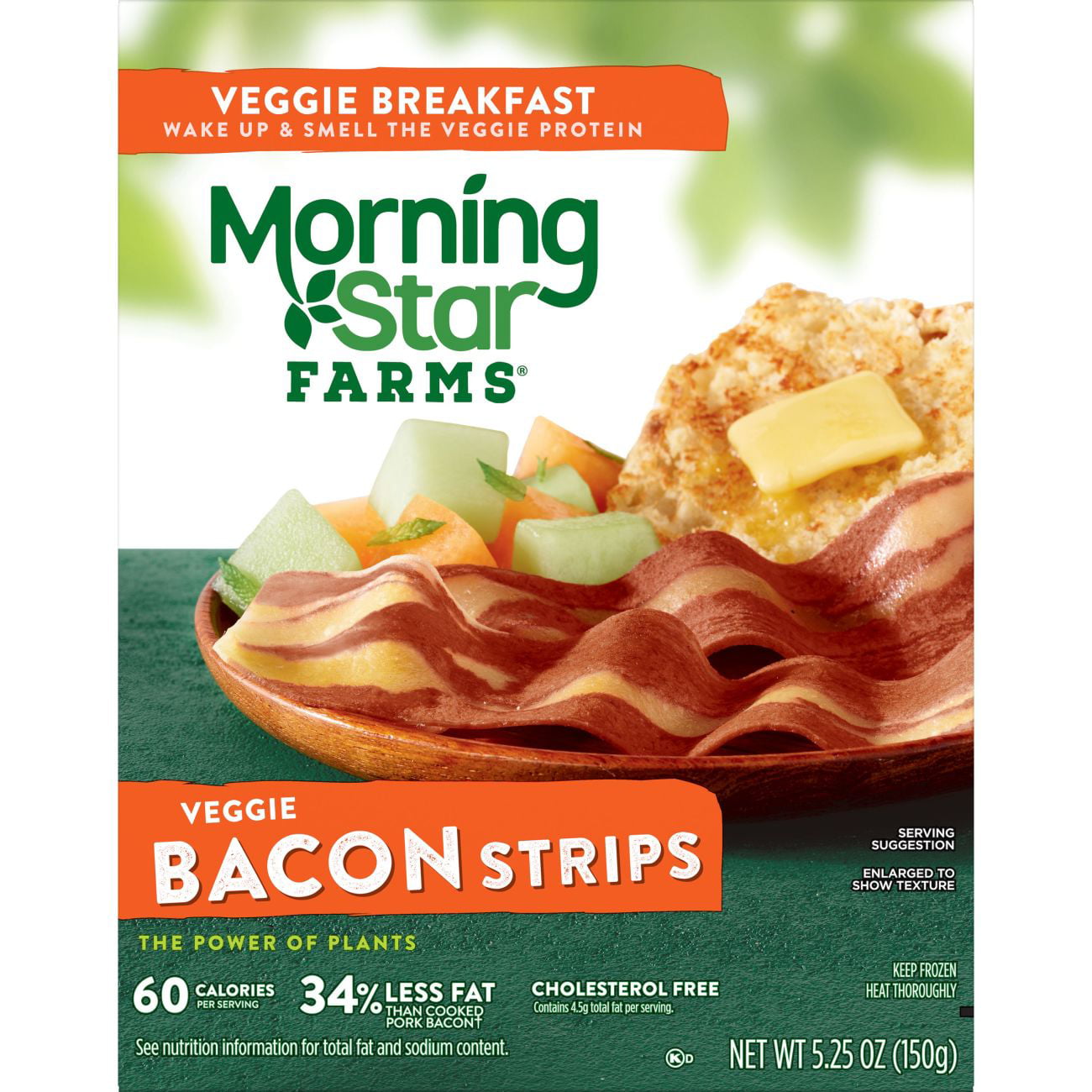 Last but certainly not least, Morning Star is a company that makes tons of delicious meat replacements. My personal favorite is their bacon, though it’s important to note it contains eggs, so it is not vegan. Even my non-vegetarian friends agree that this veggie bacon is absolutely amazing and convincing! Additionally, these veggie bacon strips contain 36% less fat than normal pork bacon, making them a healthy alternative as well. If you’re trying to encourage a friend to consider going vegetarian, the Morning Star bacon strips are a great place to start.

Those are all my favorite vegetarian/vegan meat replacements! I feel like there’s still such a stereotype that vegetarians only eat salads and nuts, so hopefully this inclusive list will help spread the word that vegetarians love juicy, fulfilling, ‘meaty’ meals too!