Not having seen too many notable things is something I am teased about relentlessly from my friends and family. The last time I visited my boyfriend’s family, his mom was literally shocked that I’d never seen Pretty Women or The Town, so those were the movies we watched during my stay. In my defense, I had a pretty sheltered upbringing and I wasn’t allowed to watch ANY R-rated movies as a tween or teenager, and then by the time I grew up, I just…never got around to it?

So I’ve seen the essentials, like The Wizard of Oz and Star Wars, but that’s really all I can vouch for. Read on to learn what famous films I still haven’t seen as a 21 year-old and the excuses I have for them. You also have to remember that I grew up in the early 2000s- if you didn’t own the movie on DVD, there was a good chance you probably didn’t watch it.

This movie is a classic example of “nobody else in my family really watched the movie, we didn’t own it, and even if we did own it, I would have been too young for it. I also don’t know if it’s something I would have even liked as a kid, because I was pretty picky with movies (still am) and I didn’t like sitting still for things that weren’t appealing for me. Nowadays, I would probably give The Godfather ago. I think Italian Mafia plots are interesting (I actually wrote a 300 page book about it in high school,) and if it’s topping the ‘Best Movie’ charts on every website, well, I’m convinced.

Unlike several of these other films, I actually know virtually nothing about Citizen Kane. I couldn’t tell you the genre, plot, cast, or even when this movie came out. Nathaniel says it’s the story of “one man’s life, basically.” I suppose I could probably give this movie a go, but I’d probably have to do a bit more research on it. As you’ve probably caught onto by now, I’m a bit picky in the film department.

My knowledge of The Shawshank Redemption is extremely limited, so for fun, why don’t I try to explain what I think the plot is with this very limited knowledge? I think it has Brad Pitt and Samuel L. Jackson. I think it takes place in the 1940s and Brad Pitt and Samuel Jackson become friends in prison. I’m sure one of them dies at the end. That’s really all I’ve got, so if you’ll excuse me, I’m going to whip over to Wikipedia and see how much of this I got wrong.

When people find out I haven’t seen The Lion King, they’re usually personally offended and I completely understand why. However, before I get verbally attacked, let me just say I DO know the plot, and I DO get the jokes and the references, and I HAVE seen the very famous live musical. “The Circle of Life”? A bop and a half. I feel like at this point, I don’t even have to see the movie because I already have a pretty good handle on the key notes. I confuse Casablanca with Gone With the Wind quite a bit, but I feel like those two movies are probably similar in some regards. I know they’re both old movies, and they both have a lot of smarmy romance going on in them, so just from that alone, I’m not sure if this movie would be my cup of tea. That being said, I’m not totally opposed to watching it if the opportunity presents itself.

If there’s anything you need to know about me and movies, it’s this: I do NOT do sad. Hell, I cry at movies that aren’t even marketed as being ‘sad’ movies, like The Iron Giant, and The Princess Bride. Nathaniel made me watch an animated movie called My Life as a Zucchini a couple of months ago, and I literally sobbed through the entire thing.

So you get the point: emotional plots and I don’t mesh well. And I like to think I already have a fairly good handle on The Holocaust, because I had to study it for an entire unit in the 8th grade and I’ve read The Diary of Anne Frank a few times now. But Schindler’s List? Yeah, I don’t think I could handle it.

I’m not going to lie, until my best friend Eli told me about the movie, I actually thought it was a David Bowie song or album. However, before you’re too ashamed of me, I promise I know who Stanley Kubrick is. Actually, it’s a little known fact that The Shining is one of my all-time favorite films. I’ve heard that Space Odyssey is a little weird and nonsensical, so I’m not really sure if I would enjoy it or not. Nonetheless, I’m willing to give it a try. Clearly, my knowledge of the film is limited.

I don’t really have an excuse for why I haven’t seen Forrest Gump. because I’d honestly probably like it. I’ve always sort of gotten the impression that it may give off similar vibes to The Truman Show, but that could obviously be totally off. And I can’t use the “I wasn’t old enough” excuse, because even my MOM was shocked to learn I’ve never seen Forrest Gump. I’ll definitely have to give it a go, because I think Tom Hanks is a wonderful actor, and I’ve really enjoyed seeing him in some other beloved films. 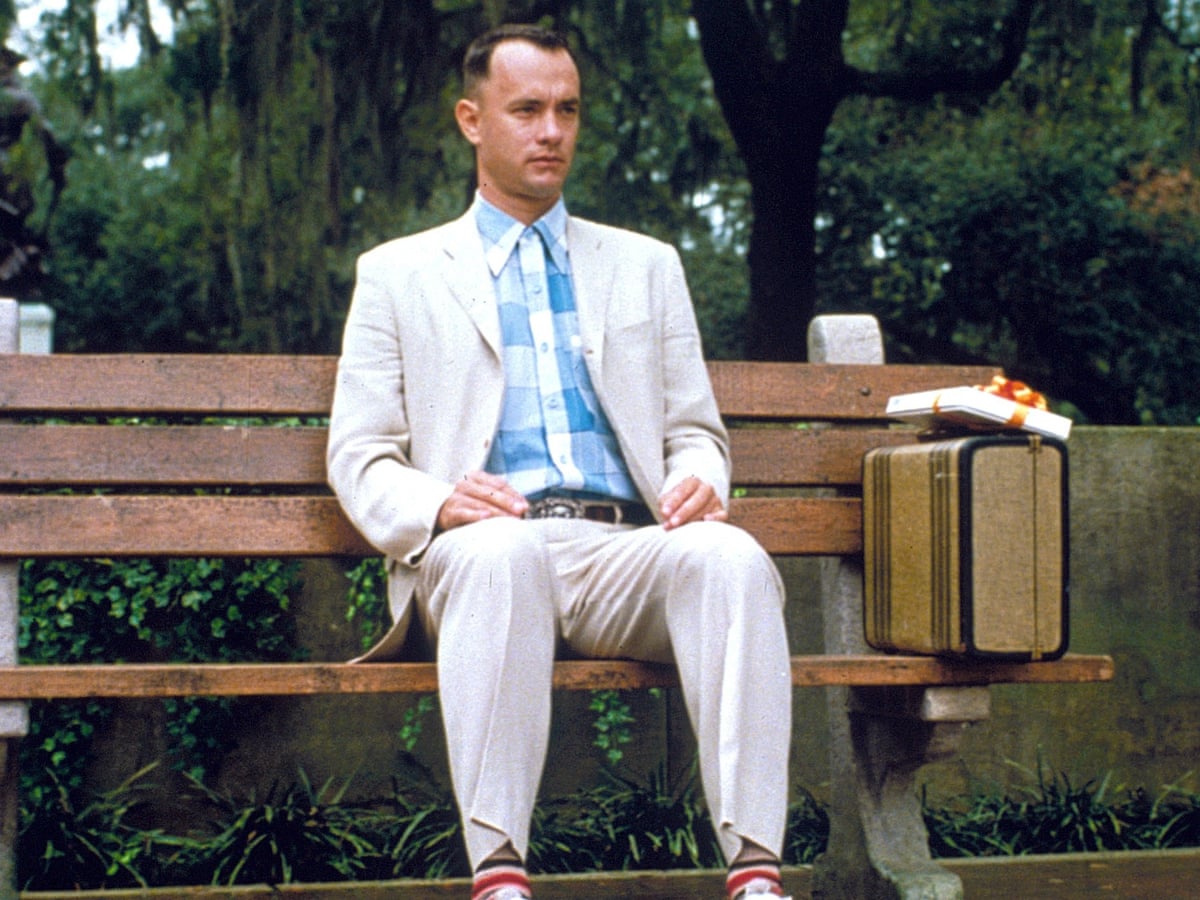 I’m really embarrassed to say that I don’t know anything about the plot of this movie. I think there might be a really beautiful, bratty lady named Scarlet O’hara, but I’m also not sure if that’s Casablanca or Singin’ in the Rain. See? I’m absolutely useless.

I feel like Gone With the Wind is one of those movies you have to have grown up with to really develop an appreciation for. Unfortunately, I didn’t ever watch this film when I was a child, and now I don’t know what people are talking about when they make famous references to this movie. Honestly, this one is all my fault.

I already kinda explained how I didn’t really grow up watching a lot of mob movies and television, so this one probably doesn’t need much explanation. For all I know, this movie could be exactly like The Godfather. You could probably put on one of those two movies, not tell me what it is, and I don’t think I would be able to tell you the difference between them. The chances are, if a movie had violence, sex, bad language, and drugs, I wasn’t allowed to watch it when I was growing up. From what I can take away from Goodfellas, it sounds like this movie probably had a mix of all four.

Anywho, those are the top famous films I’ve never seen? Have you seen most of these movies? And which ones do you think I would enjoy? Let me know in the comments below.