My Favorite Programs, Books, & Such by Sarah DesrocheJuly 2, 2020

I’ve seen my fair share of bad movies, particularly since I grew up in a pretty sheltered household and I wasn’t allowed to watch a lot of the movies my friends were watching. With that being said, this left a lot of room for awkward, early 2000s, family-oriented films (with the exception of The Room– that is definitely nowhere near a family film.) Today I thought I would share with you some of my favorite bad, nostalgic movies, and see if you guys have seen any of these as well.

The Master of Disguise

When I was growing up, The Master of Disguise was literally a staple family film for me. Actually, I even had a birthday party when I was twelve, and this was the movie I picked to watch with my friends. In retrospect I can see just how cringey and bad it is, but I honestly still adore it for how nostalgic and creative it is. And even though I’m older and my comedy palate is a bit more refined, this movie still makes me laugh out loud. You have to applaud Dana Carvey for being able to pull off so many different characters in a convincing, humorous way, and I think this film really lends to his skills as a versatile comedian.

If you’re between the ages of 15-30 and this movie isn’t one of your favorite bad movies, well, you must be living under a rock. The Room is nothing short of a cinematographic masterpiece, albeit, it’s definitely one of the worst movies I’ve ever seen in a technical sense. The movie is written, acted in, and directed by one man, Tommy Wiseau, whose own life is just as mysterious as the film. Nobody really knows where he comes from, how old he is, or how he acquired so much money to make The Room. I’m not even going to bother trying to explain the plot here. It’s really just something you need to experience on your own and form your own opinions about.

I’m not gonna lie, I haven’t seen Spy Kids in a hot minute, but I remember it being a childhood favorite for me and my brother. Like many other 20-somethings, we also grew up loving the sequels and the rest of the Spy Kids franchise, particularly the 3-D Game Over film. However, even though the first film was met with high ratings, Game Over only scored 45% on Rotten Tomatoes. I’d love to go back and watch these movies today, now that I probably have a better eye for cheesy green screens and special effects. What was your favorite Spy Kids movie?

How The Grinch Stole Christmas 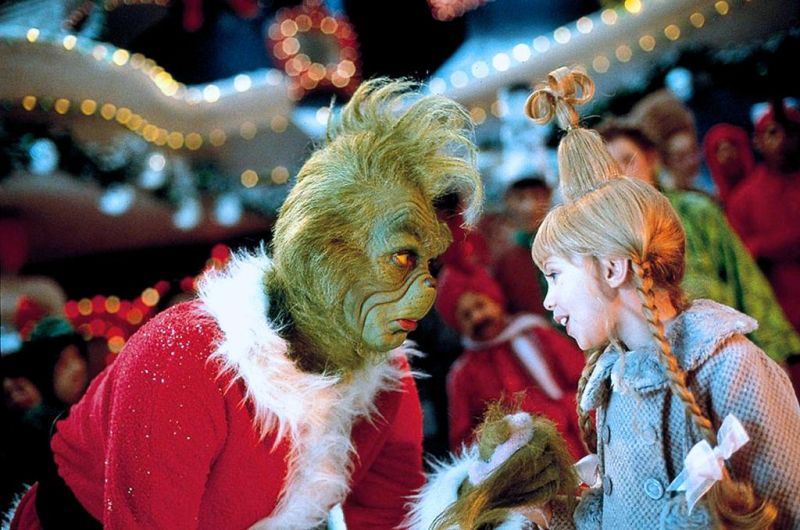 I was actually shocked to hear that this movie didn’t receive great reviews from critics, because I considered this movie to be a Christmas classic. I do agree that the Who-people are creepy as all hell, but that’s really the only criticism I can hand this film. I love the music, I love the set, and I love the wacky performance by Jim Carrey. One critic even referred to it as “a dank, eerie, weird movie about a sour creature.” I guess that is true to some extent, but as an adult, those three adjectives are actually what make me love the film even more. On a spiritual level, I feel like I am the grinch.

From Justin to Kelly

I’ve actually never seen the full movie, but trust me when I say I know the soundtrack like the back of my hand. There’s something about a cheesy, early 2000s romance that really gets me going, and that’s essentially the epitome of this film. It stars Kelly Clarkson and Justin Guarini (the two finalists on the first season of American Idol) in a beachy, cringy romantic summer smash. You’ve probably never heard of it because it sort of tanked once it hit the critics, but that’s partly why I love it. It’s a little hidden gem that my best friends and I can sing along to in the car, and believe me, that’s made for a lot of fun memories and inside jokes. In fact, my best friend Eli and I have claimed the finale song, “Timeless,” as our song.

Anyway, those are my top five favorite bad movies! How many of them have you seen? Let me know in the comments.